In 2013, Kristie Nystedt opened the doors to Raleigh Brewing Company becoming the first female in North Carolina to own a craft brewery. She is the president and CEO of Raleigh Brewing Company as well as Atlantic Brew Supply and Atlantic Brew Supply – Commercial. With these 3 companies, Kristie has created a veritable beertopia in Raleigh for home brewers and professional brewers alike. ABS Commercial is an international provider of brewing equipment while the ABS homebrew shop is the largest homebrew shop on the southeast. Her passion for craft beer and her commitment to her community extends beyond the brewery walls with partnerships like Team on Draft, a cycling team that raises funds in support of those affected by MS. Kristie also serves on the Board of Directors for Raleigh Little Theater and lends her voice to advocate growth in Raleigh as well as the development of the craft brewing industry in North Carolina. 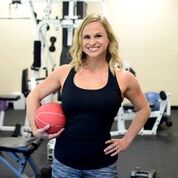